Drug-Induced Sexual Assault and How to Prevent It 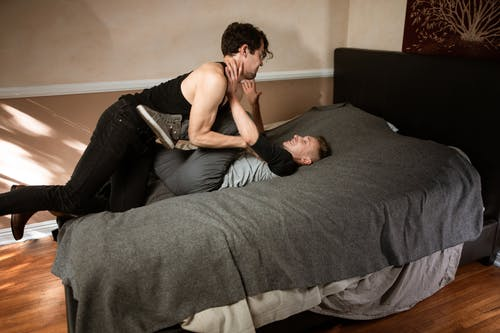 Sexual assault that is subjected to the use of a substance that compromises the inhibition of a person leading them to be taken advantage of is what basically a drug-induced sexual assault is. Sexual assaults are often facilitated by the use of drugs both legal and illegal. In these cases the survivors often blame themselves. You should know that you are not blameworthy. Your consent is the most important thing above anything else. No means no and using alcohol or drugs is not an excuse for assault.

How Does It Happen?

There can be 2 possible ways a perpetrator can take advantage of the situation:

The latter can result in severe legal charges because it won't be only sexual assault they'll be punished for, it'll also be possession and misuse of drugs.

Here's a list of substances commonly used to facilitate an assault:

●        Alcohol is most commonly used in drug-facilitated assaults.

●        Street drugs like ecstasy, GHB, roofies (Rohypnol), and ketamine can be secretly added to your drinks.

The Blame is Not on You

Many survivors of sexual assault blame themselves all their life and fall into a dark pit of self-pity. They may believe that their choice of having a drink or using drugs has led them into this dangerous situation. But remember even if this is the case, it is never your fault. You never chose to get taken advantage of. Only the criminal is yo ne balanced and deserved serious legal action to be taken against him.

Be Aware of your Surroundings and Look Out for Signs

It depends from substance to substance to notice its effects. Initially, the effects of drugs or such can either go casually unnoticed or become quite obvious very soon. Getting familiarized with such situations could save you or someone else someday. Be aware of the warning signs associated with drug use. If you feel as if you've been drugged or identify these signs in someone else, be quick to take safety measures. The possibility of the presence of drugs in your system is indicated by the following symptoms:

●        Waking up with forgetfulness or no memory

Saving evidence is crucial if you suspect that you were drugged. It takes almost twelve to seventy-two hours for a substance to leave your body. Therefore you need to be quick to hey any evidence to cam gather. The best thing to do is to save your urine in a clean container if you can't reach the hospital in time.