I am looking to a rule which I heard about years ago. Hypothetical: A person is pulled over for [insert traffic infraction]. Then finds two more serious violations. If the court dismisses the first charge, and thus, the officer would never had come across the second and third violations, is there a rule that can be used to throw out the subsequent violations?
Sign In To Answer This Question 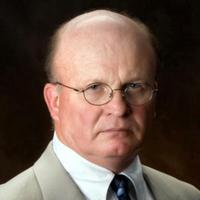 Your question is far too vague for a sufficient answer. Very often a minor offense that gave rise to a greater one will be dismissed because there is no reason to go after the lesser when the greater would suffice for the public interest. So, if one is pulled over for speeding, and that leads to a drunk driving investigation and filing, the speeding infraction is often dismissed to avoid mucking up the works on the greater offense. On the other hand, if the stop for speeding was found to violate the Fourth Amendment, then suppressing the evidence of the speeding would result in suppressing the evidence of the drunk driving, and both would be dismissed. So, I don't know which issue is yours. www.kennedyforlaw.com 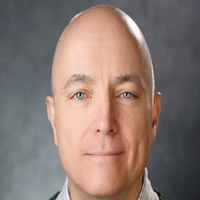 In Baltimore, there was a fellow who used a baseball bat and was photographed doing many dozens of individual acts of vandalism. They charged him with many misdemeanors. In that case, they were independent and dismissal of one probably had no effect on the others. The treatment of the traffic infraction can vary. Sometimes it is dropped in order to "sell" the other violations. In other cases it is charged to make sure that the probable cause (& propriety) of the traffic stop is "memorialized". Regardless of whether the first one is dismissed, the officers can offer independent testimony to establish probable cause. That's not to say that the DA won't "deal" based upon any weakness on the traffic infraction (and it can be "weak" regardless of whether it was factually true or otherwise proper). ----> In addition, you need to consider the elements of the crimes and whether or not they are the same, or overlap (are subsets of each other). Another "real" example includes talking on a cell phone versus looking at the I-phone. I've gotten a ticket for cell phone use thrown out, but it was not based upon some other infraction, but upon going to court and citing the court of appeals case that stands for the proposition that the driver must be TALKING and not "browsing". Follow @PATENTAX on Twitter for more eclectic mundanery.......... 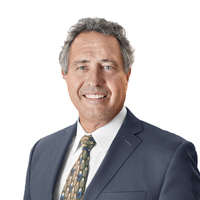 It depends on the reason for the dismissal of the first charge. Here are the two most common scenarios in which multiple crimes would be charged with the initial offense being dismissed. In one case, all the charges would be subject to dismissal, in the other, the charges would stand on their own merit. Ex. 1: A man gets pulled over for illegal window tinting and is cited. While issuing the citation the officer sees a bag of marijuana on the passenger seat and arrests the man for drug possession. Police impound the car and search the trunk, where they find unregistered fire arms, and charge the man for that crime as well. If the man proves that his windows weren't excessively tinted and the original stop was therefore not warranted, the subsequent charges will be dropped because there was no probable cause for the search and seizure, thus violating the 4th Amendment. Ex. 2: A man gets pulled over for drunk driving and is arrested. During the arrest, cops see 10 kilos of cocaine in the backseat. The man is then charged with DUI and Drug Possession with Intent to Distribute. In order to get the man to plead guilty to the drug possession, the police might offer to dismiss the DUI. The dismissal of the DUI would not affect the court's ability to find the man guilty of the drug charges. The difference here is whether the underlying case was dismissed "based on the merits" - essentially meaning, because the charge wasn't supported by law. If the charge is dismissed based on the merits, subsequent charges stemming from that arrest are likely to be unsupported as well since they lack probable cause. But if the charges are dismissed based on prosecutorial discretion (Ex. 2), there is no effect on the subsequent charges. Every case is different and there are some exceptions to the basic rules I have outlined above. If you are facing criminal charges in a circumstance similar to what is described above, feel free to contact me to discuss the specifics of your case. www.BakerDefenseLaw.com/contact-us/ 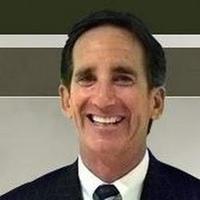 Your facts are vague. However, IF the officer had no probable cause to stop the motorist, then all subsequent investigations connected to the stop are illegal. Robert M. Helfend 818-591-2809